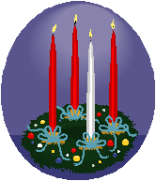 Advent Season – As I have done since I began serving immigrants in prison in 2005, I’m leading bible studies focusing on the advent season. Some of the prisoners are expecting to be released on time to spend Christmas Day with their respective families. Some of them already know they will be in jail during that time. This is the hardest period of the year for them. Especially for Latinos, Christmas is the most important date on their calendars. It’s a celebration related to their faith and also their families. I can feel their emotions, and more than any other time of the year, the bible study helps them find comfort and consolation.  The endurance of the New Born Jesus in the beginning of His journey on Earth and also His continuing struggles throughout His ministry help them understand how faith can help them face their own struggles as immigrants in prison. I want to ask you to reinforce your prayers in this season, asking God to continue giving them strength as they spend Christmas in jail.

Good News for 2014 – A few days ago I had lunch with Daniel Croce, the Chaplain of Plymouth County Correctional Facility. I wanted to discuss with him something that came to my mind. I told him I’d like to be more useful in my ministry in prison. Recently, I have done bible studies only on two immigration units, on Tuesdays mornings. Some time ago it used to be three units, but now, as the number of immigrants on Immigration Customs Enforcement (ICE) custody is decreasing, there are only two units with immigrants facing deportation process. I explained to Chaplain Croce my desire to extend the bible studies to immigrants who are in jail for other reasons, beyond only immigration issues. He told me they needed someone to do bible studies in Spanish among Hispanics who are waiting for trial and for those who already have been sentenced and are serving their prison term. Chaplain Croce worked on the prison’s programs schedule to allow me to spend one day a week there, every Thursday starting on January 15th, doing bible studies on mornings with ICE prisoners and, with other inmates during afternoons, which will start on January, 2014. These two new groups will meet at the Chapel of that prison. I believe this is a new door being opened to PIM. We are still serving immigrants, but under slightly different circumstances. With the changes we hope will happen to Immigration Law, this will be a new way for PIM to continue to serve immigrants in prison that can be extended to other prisons too. Once I start these new groups, I will be leading 10 bible studies groups a week in 2014.

Please send your donations by check or money order made out to: Presbytery of Southern New England – P.O. Box 388, Chester, CT 06412 – Important: write a note designating your offer to the Presbyterian Immigrant Ministry.

Bibles – I have delivered many Portuguese and Spanish bibles to the inmates. But two consecutive weeks I was asked to bring French and Ukrainian bibles for two men who are not English readers. The French bible was easy to order from Amazon and was already delivered, but the Ukrainian one was too expensive. So I searched on Google, and found a Ukrainian Catholic church in Jamaica Plain, MA. I talked to Father Yaroslav and he donated the bible and already mailed it to me. I’m waiting for this bible to deliver to the inmate.

I’m ready to go home – Alex is a young man from Guatemala. He has been under ICE custody for a little more than one year. He stayed so long because he decided to fight his case. Few weeks ago he received the court’s final decision and he will be deported to his country. I asked him about his feelings as he is facing this decision, and he told me: “First I became frustrated because it was not what I was waiting for. But then I started to think about what I have learned from the Bible, and now I’m feeling peace, because I know God is on control of my life. I’m ready to go back to my country”. I’ll miss him because during the time he spent in prison he was who used to encourage others to attend the bible studies. As I heard from others last time I was there, he was the one who used to explain the bible to them during the daily meetings they have. Please, let’s pray for him, so he will find a blessed way to re-entry in his country.

Next Newsletter – Because the coming holidays and the time I’ll be out of my duties, from December 21 to January 03, our next newsletter will be issued in the end of January, 2014. I thank all of you who have supported me with your prayers and donations during 2013, and I hope that, as we will enter in a new year, we will continue this partnership to proclaim the Gospel to those immigrants in prison. I wish to all of you Merry Christmas and a very blessed New Year.